Many bilingual families are told by professionals to speak only one language (in Canada, either English or French) to their child with autism spectrum disorder (ASD). The rationale for this recommendation is that the linguistic input to which these children are exposed should be as simplistic as possible in order to facilitate language learning, given the social-communicative challenges inherent in ASD. Until recently, few studies had compared language development in monolingual vs. bilingual children with ASD to determine if exposure to more than one language is, in fact, problematic. This presentation will summarize the research in this area, much of which was conducted in Canada, with recommendations for bilingual parents and for professionals who support them.

Pat Mirenda is a Professor and Director of the Centre for Interdisciplinary Research and Collaboration in Autism at the University of British Columbia. She has published numerous research articles and presents frequently at international and national conferences. Her research examines the developmental trajectories of children with autism and their families.

Part 2: Review of the Research on ASD and Bilingualism

We acknowledge the financial support of the Province of British Columbia Community Gaming Fund.

All content included in these online videos is the exclusive property of ACT – Autism Community Training Society (“ACT”) and/or the speakers and is protected by Canadian and international copyright laws. These online videos are for viewing on ACT’s website only. By accessing these videos for viewing, you agree that you understand and consent to comply with the terms and conditions of this paragraph and any other terms and conditions set by ACT from time to time for such access. Any unauthorized use of these videos including, without limitation, the downloading and sharing of these videos, for any purpose without ACT’s prior written consent, is prohibited and unlawful, regardless of the format or medium used. ACT reserves the right to take legal action without prior notice against anyone who contravenes this paragraph or otherwise breaches the privacy rights of the families and persons depicted in ACT’s videos.

Girls Night Out: Lessons learned from a unique intervention for girls with autism

Supporting Sleep within the Autistic and Neurodivergent Communities

PBS – Working Together to Support Children and Families 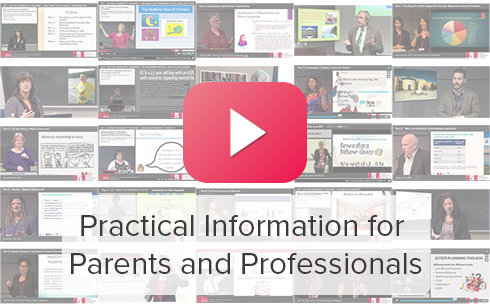 Toilet Training For Everyone – Revised And Expanded

The Relationship between Anxiety and Social Competence

Please wait while you are redirected to the right page...